October is fast approaching and that can only mean one thing: the start of your new Live & Local season. Alongside stunning new acts, a selection of familiar faces will also be returning to the stage. We’ve selected a few newbies who are touring with Live & Local this year– read on and learn about these great new acts.

Janis Barlow is the book volunteer for the local community library – since the cuts, she was ‘retired’ from the hair salon. She has tried different ways to keep herself busy with synchronised swimming, meditation and all the therapies available. This has not brought the rewards she wanted. So, she grabs her rollers, her crystals, her basket of books and starts on her quest to transform the lives in her community. A feel-good play looking rural isolation right in the eye that will make you laugh and maybe shed a little tear.

Take a trip back to Prohibition-era America with Ma Bessie & The Pigfoot Band. This show is an incredible time capsule and brings the very best of 20s/30s blues and jazz to the present day, focusing on the life and musical canon of the late, great Empress of Blues herself, Bessie Smith. Led by Julia Titus and her impressive vocal range, the troupe offer a potted history of sorts, chronicling the life of Bessie Smith. From a one-room shack in Blue Goose Hollow to becoming the highest-paid black entertainer of that time. It even follows Smith to her tragic demise in 1937 at the age of 43, giving the show a dramatic narrative arch.

Kiriki Club combines a raw, energetic performance style with the dizzy intimacy of a late-night lock-in. Expect songs in different languages, some re-imagined classics, vocal acrobatics and luscious harmonies. The show is a live music event in two halves: the first half offers a more intimate concert-style performance with individual or smaller ensemble musical items culminating in a full band extravaganza in the second half! Bringing together a stellar line up of multi-instrumentalists, the club membership features players from Wales, Portugal, Austria and Birmingham. Kiriki Club make the party happen! 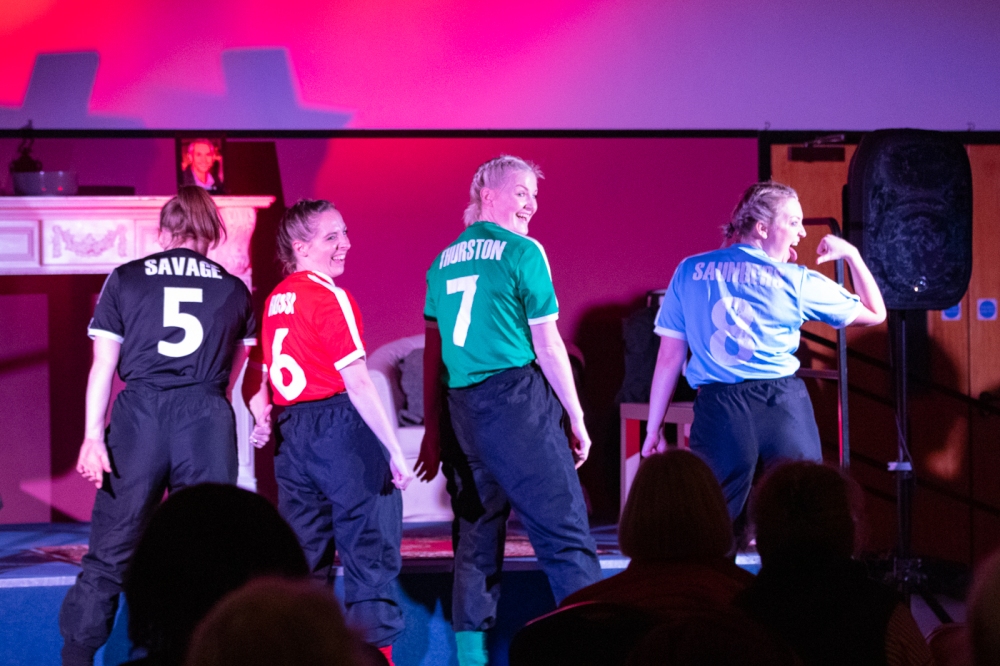 Next Door Dance – The Beautiful Game

Football. Some love it, others loathe it, but we can’t deny that it is somehow present in all of our lives. ‘The Beautiful Game’ by Nottingham-based Next Door Dance is a laugh-out-loud look at Britain’s undying obsession with football, celebrating everything from weird match day rituals to ridiculous armchair punditry. It may even attempt to explain the offside rule. Packed with unforgettable goals, chant-a-long hits and full to the brim with nostalgia this show will have you casting your mind back to fixtures gone by. It’s a show for the whole family; the fanatic, the impartial spectator and the football widow.

‘A powerful singer.‘ The Guardian

For more information on all of our brilliant shows, please see the ‘What’s On’ section of our website.