October is fast approaching and that can only mean one thing: the start of your new Live & Local season. Alongside stunning new acts, a selection of familiar faces will also be returning to the stage. We’ve selected a few of these familiar – and fantastic – acts so read on and see whether you recognise any of them from years gone by.

Creative composer and guitar virtuoso, Eduardo Niebla has earned his place as one of the world’s finest guitarists. Having traversed the worlds of pop, jazz and world music, he has partaken in diverse collaborations with artists such as George Michael, the Dante String Quartet and Craig David.
Fusing flamenco gypsy jazz with Arabic, Indian, Latin and classical influences, Eduardo creates an experience that is emotive, passionate and utterly spellbinding. If you were fortunate enough to experience Eduardo’s music in previous seasons, you’ll know that you’re in for a stunning evening of high-quality entertainment and something quite extraordinary.

Award-winning writer and performer, Ginny Davis, plays nine roles ranging from millennials to pensioners in this one-woman comedy that perfectly captures the essence of middle-class problems within a large family.
This is Ginny’s eighth show with Live & Local and she is certainly back by popular demand. Previous shows include: ‘TEN DAYS That Shook The Kitchen!’ (2009-12), ‘Fashionably Late’ (2015/16) and ‘Learned Friends’ (2016/17), all of which featured put-upon mum and wife, Ruth Rich. You do not need to have seen the previous shows to appreciate Ruth’s latest outing which finds her at a point in her life where the kids have flown the nest and she’s made the move to downsize. Sale agreed. All sorted. ‘Til it starts to rain and the doorbell rings… 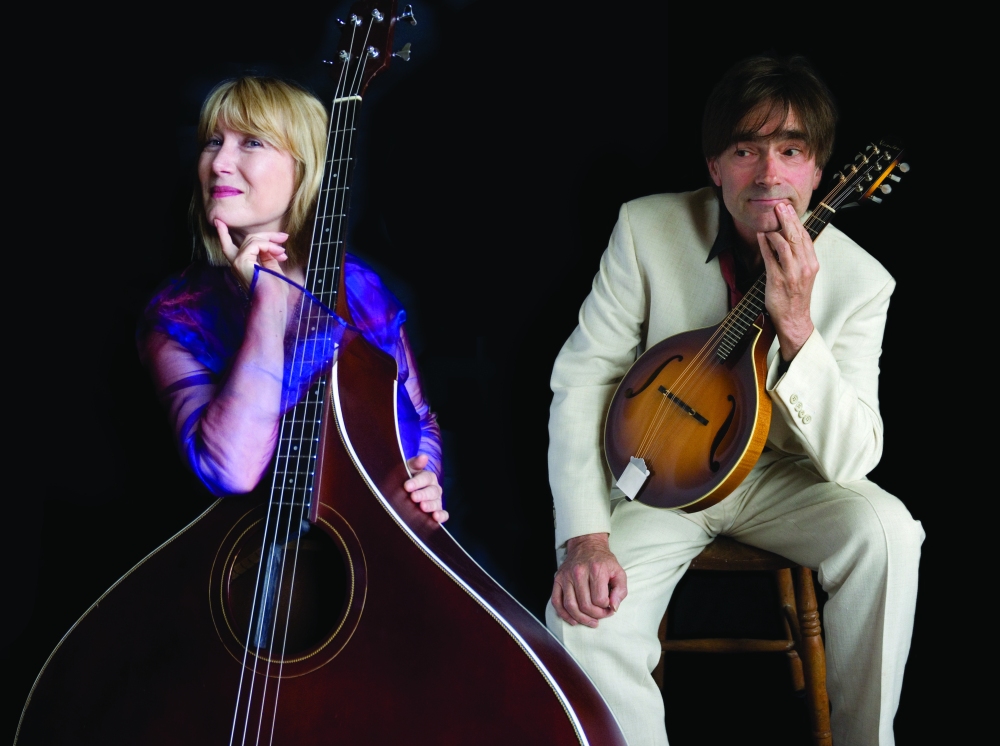 Hilary James & Simon Mayor’s previous show ‘Hoagy, Hornpipes, Handel and Hoedown’ toured with Live & Local to an incredible thirty-four venues. Now they’re back again with ‘Tears of Laughter’ – a sensational mix of mandolin showstoppers, folk, swing, blues tunes and, of course, huge lashings of fun.
As well as their excellent musicianship, both artists are known for their bubbly personalities and lovely offbeat humour that will keep you smiling all night. If you’ve heard them on Radios 2, 3, Oxford and Classic FM, you’ll know just what a treat is in store.

Renowned for their physical invention and visual ingenuity, Oddbodies’ acclaimed theatre work has been seen all over the UK, Europe and beyond! Over a decade since their first Live & Local show, Oddbodies are back with an inventive, irreverent and highly accessible production of Shakespeare’s classic, King Lear.
This one-man show is told from the eyes of Lear’s ever-loving fool, who takes you on a journey through this timeless tale of betrayal, greed, loyalty and love. Experienced performer, Paul Morel, perfectly plays each role – from sweet Cordelia to poor, deluded Gloucester – in this fast-paced, humorous, poignant and ultimately heart-breaking production. Farnham Malting’s previous work offered Live & Local audiences an energetic and humorous view into the lifechanging impact of the arrival of electricity to a rural area. This time around, you will experience the unforgettable stories and songs of the British Pioneers who left to find a new life in the Appalachian Mountains.
Told with sumptuous three-part harmonies and an energetic five-piece string band, you will be taken on a journey of musical migration, leading to the birth of what we now call ‘Country Music’.

For more information on all of our brilliant up-coming shows, please see the
‘What’s On’ section of our website.