In very exciting news for the friends and extended family of Live & Local, our Executive Director John Laidlaw has been appointed a Member of the Order of the British Empire (MBE) in the Queen’s Birthday 2019 Honours List for services to the Arts. We’re as pleased as punch that John has been recognised for his years of work making great art available to everyone. In his own words, ‘it’s very much an acknowledgment of the commitment of the many hundreds of volunteers and professional colleagues around the UK who over the last 30 years who have worked to bring top quality arts into rural communities.’

While he was initially ‘flabbergasted’, others weren’t so: Stephen Wilson, formerly County Arts Officer at Worcestershire County Council said of John that ‘His 30-year commitment to rural touring has been immense.’ He has dedicated himself to developing the nationwide Rural Touring network from small beginnings, which has now been enjoyed by hundreds of thousands of people with over 2,800 shows every year in around 2,000 rural communities – from the Scottish Islands to the Isle of Wight.

‘John has expanded the provision of high-quality arts and entertainment throughout the Midlands bringing thousands of professional shows to under-served rural communities. He has dedicated his working life to this cause.’
David Porter, Company Secretary to the NRTF board 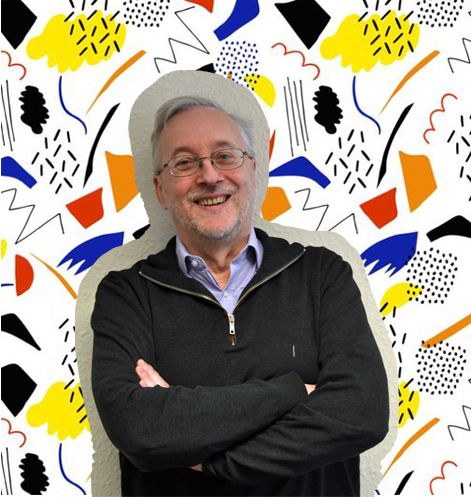 But where did it all begin?

John went to Reading University in 1974 where he studied Estate Management, Geomorphology and a dash of Archaeology! ‘Some may say I spent most of the time in the University theatres… I couldn’t possibly comment.’ He started his professional career at Butlins in the summer of 1979 (we’re keeping schtum as it is rumoured he was a Red Coat!) followed by a season at the De La Warr Pavilion in Bexhill-on-Sea before going to Warwick Arts Centre where he ended up as acting Chief Electrician. He joined Tic Toc Theatre Company in Coventry in 1985 as Production Manager (eventually based at The Tic Toc, now the Kasbah Nightclub). Each year the company ran and programmed temporary performance spaces at the Edinburgh Fringe Festival, toured two small-scale theatre shows (including the fringe first winning ‘Hooligans’), two local community tours and ran one of the first alternative comedy clubs outside of London. ‘I had the dubious honour of lending Loadsamoney (Harry Enfield) one of his first wads… it was our door takings!’ This role demanded an understanding of non-traditional theatre spaces, touring theatre shows and complex programming which would lay the groundwork for his future at Live & Local.

Some Tic Toc shows toured Warwickshire resulting in John applying to manage the Warwickshire Touring Scheme in 1992. As John puts it, ‘it’s all about getting the right people to the right place at the right time for the right money!’ A sentiment with which anyone who works in the arts will be very familiar. 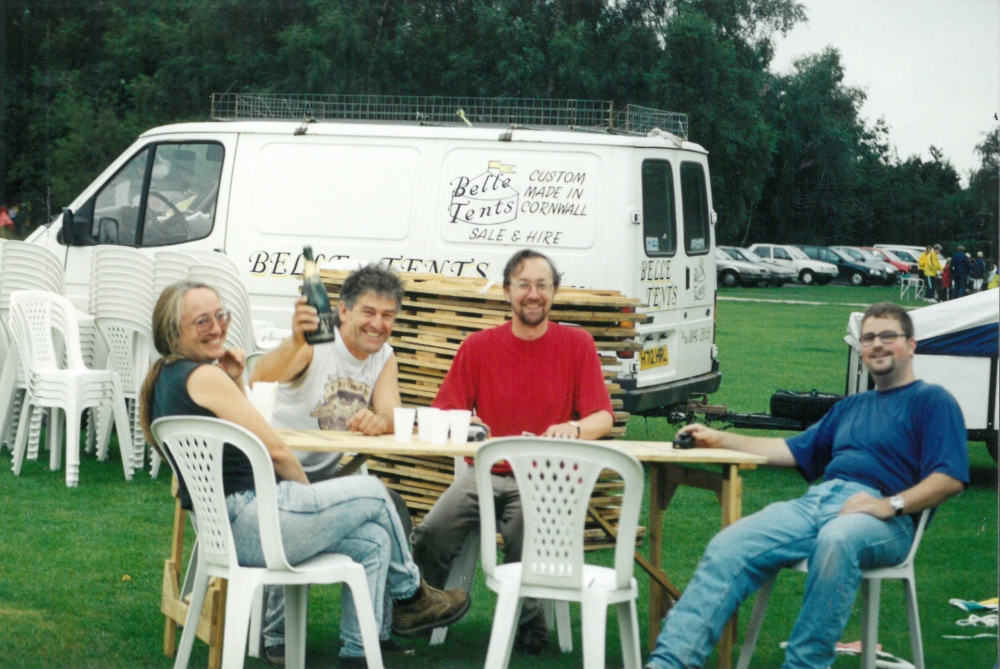 This is where Live & Local starts to come into focus. In 1986 the project was initially (and snappily!) titled the ‘Warwickshire Village & Community Touring Scheme’ and managed by the County Council. It was run first as a freelance contract for a number of years from 1992, then by an independent organisation with John at the helm from 1994 called ‘Warwickshire Community Arts’. It carried out a variety of arts development initiatives, one of which was the ‘Live & Local touring scheme’. It finally took the company name of ‘Live & Local’ in 1998 and gained Regularly Funded Organisation (RFO) status with Arts Council England not long afterward.

It was a tiny operation, one which saw John in his back bedroom with a typewriter, soon to be replaced by a computer with just ‘enough power to run a modern watch’. It was also in this pre-internet period that John would hop in his car and drive around the local area to recruit new promoters, and when village halls would need plenty of fifty pence coins to keep the electricity meters going! Back then they were putting on tens of shows in Warwickshire (only) rather than hundreds. Then from this one county Live & Local has since taken on Staffordshire in 1995, Derbyshire in 2002, Worcestershire in 2011, and Lincolnshire, Leicestershire & Rutland and Nottinghamshire in 2015. Phew! The live shows and community film screenings are now attended by around 34,000 people every year. 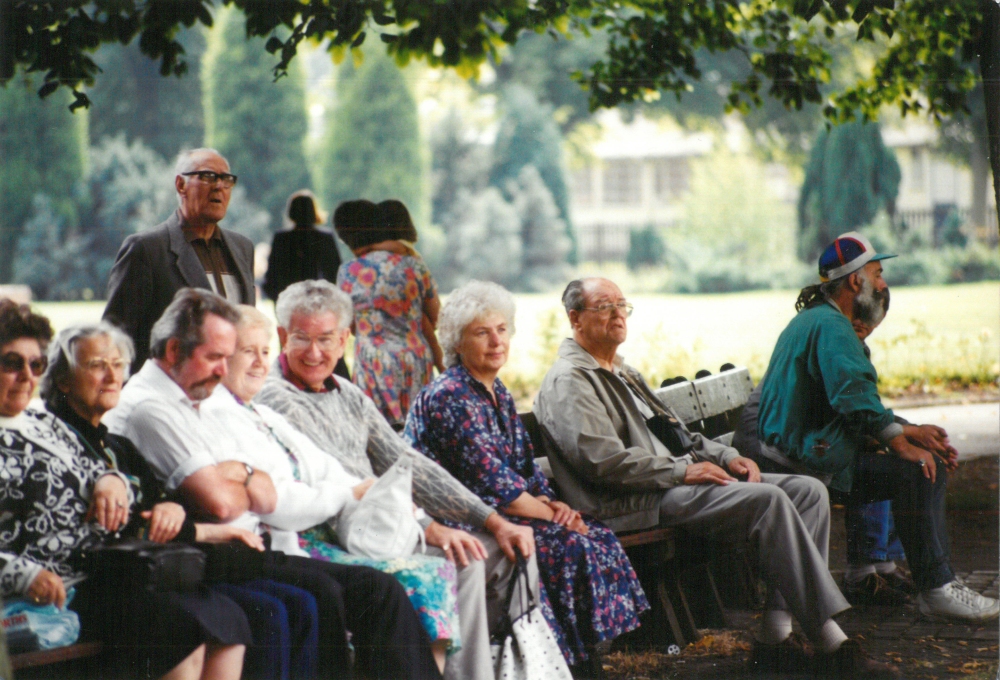 Over 25+ years of Live & Local there are certain moments that really stand out. Deciding to focus on the rural touring scheme in 1998. Becoming an RFO. Winning major LEADER (EU) funding for the ‘Arts On Your Doorstep’ programme in 2010; starting the Big Picture Show in 2011 (our community cinema scheme in Warwickshire and Staffordshire) and then gaining National Portfolio Organisation (NPO) status in 2015. Of course, there have been some favourite shows from over the years too. Take ‘Instructions for American Servicemen in Britain’ by Fol Espoir Theatre, ‘Atomic’ by Motionhouse, the intriguingly titled Dr. Teeth Big Band or ‘JOAN’ from Milk Presents, although those are just a few. Looking back, previous colleague Amanda Glanville says of John, ‘I’ve seen his determination to keep Live & Local going through very tough times to being one of the largest schemes in the UK.’ Equally, Lesley-Ann French, the Chairwoman of Pailton Village Trust recalls him ‘clambering around to rig up the screen in our hall’ and then, after a short break, ‘joining in with dressing up in the style of James Bond.’ All in a day’s work!

As a champion of rural arts, John has not only led Live & Local to success. In a volunteer capacity as Chair of the National Rural Touring Forum (NRTF) for 10 years (up to July 2017), John,  the Board and management registered several notable successes including an award of £40,000 towards a programme of Continuing Professional Development and international work in 2007. In 2009 the NRTF organised International Village of Culture (IVOC) which attracted funding from Culture10 of £159,000.  This comprised of collaborative creative commissions, an international showcase, and an international conference. Then in 2012, the NRTF successfully applied for NPO funding and status. John also championed and hosted the first NRTF New Directions Showcase event at Warwick Arts Centre in 2012.

In this position, he helped several other countries to develop their Rural Touring networks, including Australia and New Zealand. ‘John thinks about ways to improve community life and goes and pursues his ideas. And the effects of his actions ripple on for years after,’ so says Philippa Maughan, Investment Director at Country Arts WA (Western Australia). 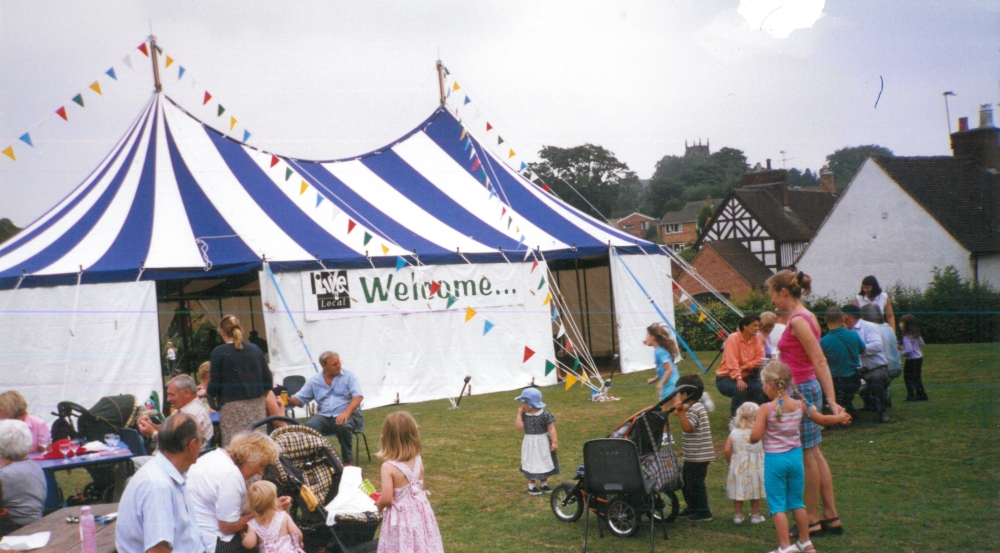 Across the international spectrum of arts organisations, inevitably one of the greatest challenges is funding. In Live & Local’s early years it was more about growing the company and while this is still true, survival of all the Midlands county schemes is perhaps John’s biggest achievement to date. As Philip Holyman – friend of the company and co-Director of Little Earthquake Theatre Company – says, ‘In a climate of increasing austerity and retraction, John has continued to facilitate expansion, to encourage considered risk-taking and to inspire an appetite for experimentation.’ It’s this kind of facilitation that has seen Live & Local secure NPO status until 2022 which is something John certainly wants to retain into the next funding round. To do so, as well as maintaining the core live performance and film screening programmes, there will be an exciting push towards our Rural ArtWorks projects (such as the Chedham’s Yard Discover: Story-trails project) and the DART (Developing Artists & Art for Rural Touring) scheme which is the Live & Local initiative that began in 2013. 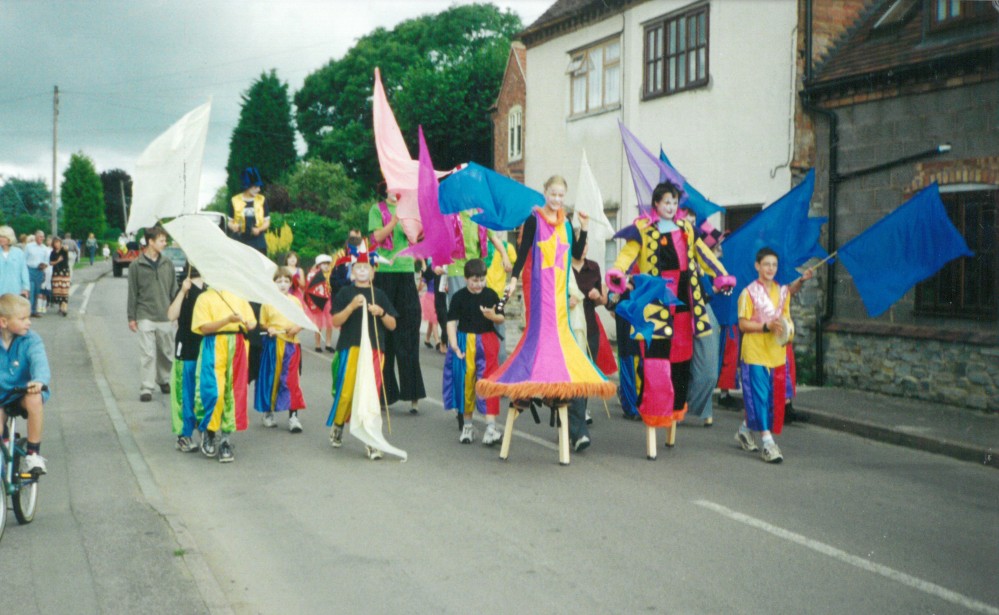